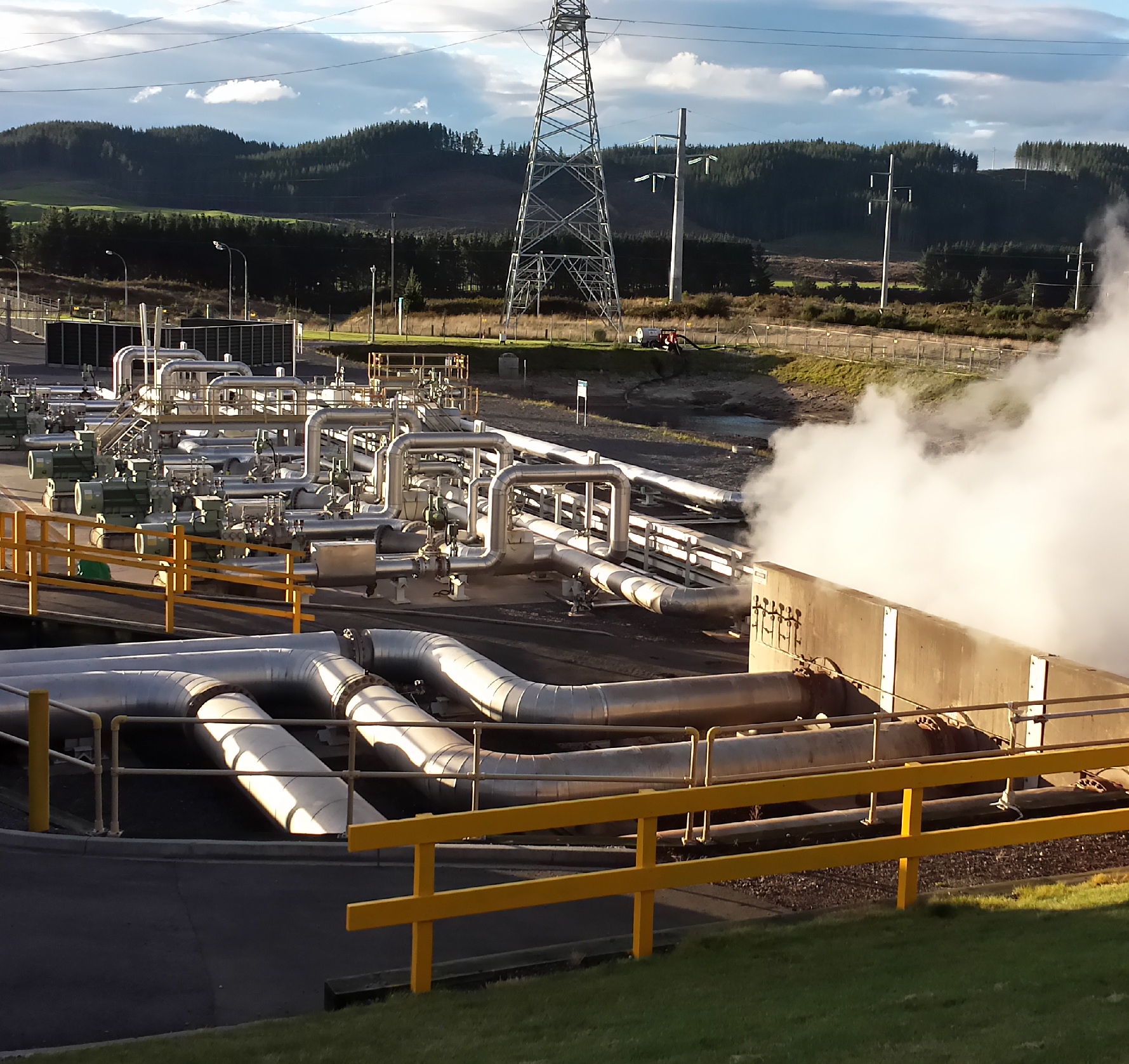 The Rotokawa geothermal reservoir is located approximately 15kms north of Taupo, New Zealand and has been in operation since 1997. Up until January 2010, the reservoir had been exclusively supplying geothermal fluid to the 34MW binary plant facility at Rotokawa. The reservoir experienced little change in fluid chemistry or temperature over this operating period.

The Nga Awa Purua (NAP) Power Station is a nominal 140- megawatt (MW) net triple flash geothermal plant facility located on the Rotokawa geothermal field in Taupō, New Zealand. It is currently the largest single turbine geothermal power station in the world. The NAP Power Station was designed and constructed by Sumitomo Corporation with the technology and equipment provided by Fuji Electric. Hawkins Construction was responsible for the design and construction of the architectural, civil and structural elements of the station. The NAP Power Station is owned by the Nga Awa Purua Joint Venture with Tauhara North No2 Trust owning 35% and Mercury Energy (previously Mighty River Power) owning 65%. The operation of both Nga Awa Purua and Rotokawa power stations is managed by Mercury Energy.

The Rotokawa Power Station is a 34.5MW geothermal binary plant located on the Rotokawa Geothermal Field in Taupō, New Zealand. The power plant was commissioned in 1997 as a 24MW station at a design enthalpy of 1500kJ/kg and has since undertaken plant improvements and received resource consent changes increasing plant output to 34.5MW. Tauhara North No2 Trust has no equity involvement in this power station but receives a ground lease and a royalty payment for the supply of fuel (geothermal fluid).

Ngatamariki was commissioned in 2013 and is operated by Mercury Energy. It is located approximately 17kms north east of Taupō, New Zealand. Work at the geothermal field site on the first stage of the 82MW plant commenced in July 2011 and the plant was operational in September 2013, one month later than scheduled. The power station is a binary plant, supplied under an EPC contract by Ormat. A 220,000-volt power line connects Ngatamariki to Nga Awa Purua Power Station, where electricity from both stations is injected into Transpower’s national grid. The Ngatamariki geothermal site consists of seven geothermal wells (three production and four reinjection). In addition to the main geothermal wells, there are 21 sentinel and monitoring wells, to depths of 1,500m. Tauhara North No2 trust has no equity involvement in this power station but receives a ground lease.